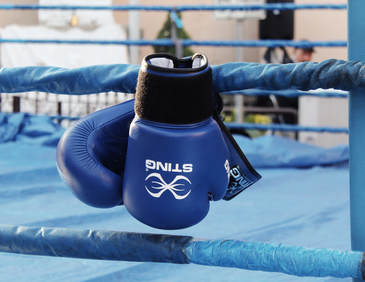 ​Human relationships of all sorts are difficult!  Emotions run high, and we often feel the other party is being unreasonable. Defenses are up, we may feel backed into a corner, and we feel like the only way to resolve the issue is to come out swinging:  hire lawyers to fight on our behalf until the other is too tired, too hurt or unable to continue to fight.  We win and the other loses.  Or do we?  The legal system is a public forum where one's personal issues are available for anyone to see.  Most cases take years of one's life and resources before appearing in the Court.  The cost of attorneys, hired experts to defend your position, loss of public reputation and the emotional stress of going through this process can be more than one can bear or is cost-efficient.  Court dockets are overcrowded and are often suggesting that parties seek out a mediator or arbitrator to resolve their differences rather than spending years and thousands of dollars on legal fees and attorneys to defend their position rather than finding a more congenial solution to the disagreement.

WHAT IS MEDIATION?
Mediation is a process in which two or more parties come together to resolve an issue they've not been able to work through themselves thus far.  A neutral third party is agreed upon by the parties as someone to help the parties work through their differences through conversations rather than a legal process that may take years and thousands of dollars to complete.  The legal process often results in a decision that neither party is ultimately happy with, and therefore the chances of one or both parties not living up to the agreement are much greater than if an agreement is reached during the mediation process.

Mediation usually takes hours as opposed to years to accomplish a resolution because all parties come to the process with a hope of avoiding the legal system.  Depending on the model of mediation used, the parties are either in separate rooms or in one room, with the mediator talking with the individual parties or asking the parties to communicate directly with each other.

The parties do not need legal representation to participate in mediation, and it is often suggested that legal counsel not actively participate, but be available for consultation when an agreement is reached.  This is suggested because attorneys are taught in law school to vigorously defend just one position, and are required by their oath to fight for the position of their client.  Attorneys also are usually paid on an hourly basis, so their interest in resolving conflicts quickly and without the legal system is usually negligible.  Many often advise their clients to dig in their heels, hold their position through a court-mandated mediation, just so they can take them to court afterward.  This advice just adds time and cost for the parties involved in the conflict.

WHAT DOES A MEDIATOR DO?
A mediator is a neutral, unrelated party who participates in an active conversation between the conflicting parties.  They facilitate a conversation that helps both parties to communicate their positions and to help them find a resolution that's acceptable to all involved.

Depending on the model of mediation chosen, the mediator may separate the parties into different rooms and act as a go-between the parties presenting information and offers, or keep the parties in the room together and support the parties to have a conversation in a healthy way to find a resolution with which both parties feel more comfortable.

WHAT IS THE DIFFERENCE BETWEEN THE FACILITATIVE MODEL AND TRANSFORMATIVE MODEL?
The facilitative model is the more common model used by attorneys and attorneys.  In this model, the mediator chosen is often another attorney or retired judge - someone intimately familiar with the legal system.  This person will separate the parties into separate rooms, and then hold private conversations with each party about their position and what they hope to get out of mediation.  This mediator then goes to the other party's room, asking the same questions.  Once the mediator has this information from both parties, the mediator will go back to the first party to convince them to move from their current position to somewhere in the middle where the mediator believes they can get both parties to finally agree.

Sometimes a mediator with a legal background may inform one or more of the parties that they will not prevail in a legal process so they change their expectations of the ultimate resolution.  They will probably be telling the other party the same.  This technique is used as a way of manipulating parties into a solution.  Rarely do any of the parties feel happy with the ultimate agreement.  This unhappiness can lead to a greater chance that one or more of the parties will not fulfill their part of the agreement, leading to a return to mediation or the legal system again.

When mediation is Court-ordered, the Court does not care which model is used; just that the parties agree to mediation and give it a try before returning to the legal system.  It is up to the parties to choose their mediator and the type of mediation being used.

WHY DO YOU CHOOSE THE TRANSFORMATIVE MODEL?
Because of the higher success rates and lesser recidivism of the transformative model, I have chosen to employ it over the facilitative model.  I also believe that parties often can find their own resolution if just supported in a healthy way to have the conversations that need to take place from a place of equal footing. I prefer a model where the individuals can talk directly rather than hiring someone else to talk for them, as the person often hired has a vested interested in lengthening the process to increase their own gain.

When mediating, I ask that all the individuals who are able or needed to make a binding agreement be present in the room or by telephone.  That way we can resolve the conflict, draw up an agreement and all parties move forward with their lives and business affairs in as efficiently a manner as possible.

HOW IS MEDIATION DIFFERENT THAN ARBITRATION?
Arbitration is a process in which the parties choose a neutral, unrelated third party to listen to the positions of all the parties involved, either in person or through documents submitted to the arbitrator.  This person does not need to be a judge or attorney; just someone the parties agree to hire and accept that person's decision when rendered.  The parties agree in advance that the decision rendered will be heeded and legally binding.  Once a decision is reached by the arbitrator, it is given to all parties, the parties sign off on it and the decision can be filed with the legal system as being final.

Arbitration keeps the parties from the lengthy court timelines, stress and costs as well as the parties from having to see each other and communicate directly with each other as is done in the mediation process.
WHY CHOOSE ARBITRATION OVER MEDIATION OR GOING TO COURT?
Choosing an arbitrator outside of going through a court proceeding saves a substantial amount of money for all parties involved.  Experts are not hired to support each party's position; attorney and court fees are avoided.  Ill will in the eyes of the public and media are avoided.  The terms of a lawsuit are not made public through the filing of multiple legal discovery documents, helping to save the reputation of an organization or individual.

In arbitration, the parties do not need to be present to resolve the conflict.  A document called a Position Statement can be submitted, along with supporting documentation to the arbitrator.  The arbitrator reviews all the information presented, may conduct additional research, and will render a decision in a timely fashion.  The contrast to mediation is the decision to give the power to create the ultimate resolution to someone else, rather than creating the resolution between the parties.

IS MEDIATION OR ARBITRATION LEGALLY BINDING?
Mediation and/or arbitration is often required by the Court system before allowing a case to move forward.  The Court will usually accept a written agreement signed by all parties involved as legally binding as long as all parties agree to it, it appears to be reasonable and none of the parties are under severe duress to enter into the agreement at the time of signing, ie. a party is being physically or mentally abused by the other party.  It is usually a good idea to have any legal agreement reviewed by legal counsel to assure you understand the terms and conditions of the agreement before signing.
​ 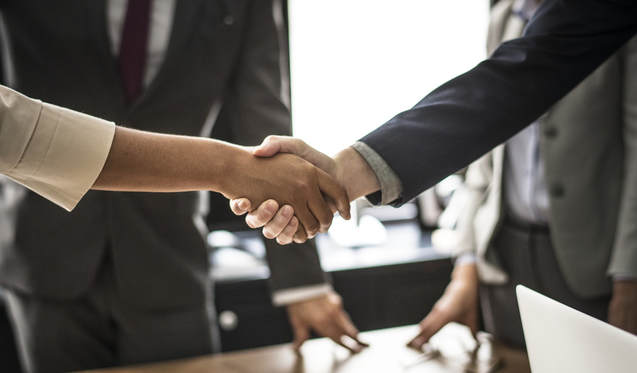